It ain’t easy being NON-cheesy…. 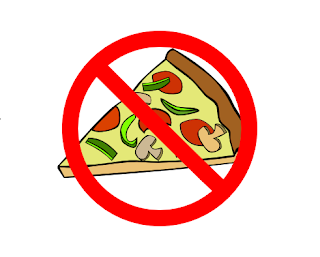 Sometimes I think that dealing with school and parties might just be the hardest part for a food allergic child. As a parent, it’s so hard to stand there and say “No honey, you can’t have that.” and as a kid I bet it’s so heart breaking to have to sit at the table and just watch the other kids.
What’s been the most difficult for me, personally, is when friends and family KNOW we can’t eat certain foods and they never ask how they can accommodate. I can’t even count the number of parties we’ve been to where the food consists only of pizza, Doritos, Cheetos, and ice cream cake. I mean COME ON… you know my kid can’t eat CHEESE!?!??!
So I have a great 3 minute cake recipe. You can whip up a little cake on the way out the door, and grab a can of milk free frosting (most pre-made frosting’s are milk free) and by the time cake time rolls around you can frost that little puppy up and make your kid(s) their own special little cake.
What I’ve always done is called the party host and asked what the menu will be. Sometimes the party host, usually a mom, will ask if they can grab anything special. If it’s pizza, I would usually ask about ordering a small cheeseless pepperoni for my guy, if not I would bring our own pizza. Burgers and dogs are a good safe food… and my favorite party fare… you can usually find me hovering around the grill making sure they leave at least one cheeseless burger!
Once, and only once, a mother was having my oldest to her house for her son’s party. She called and asked what my son could eat, and then she planned her entire party menu around his dietary restrictions. That left a memory that I will never forget. That little bit of kindness… that ability to actually drop my son off at the age of 9 and know that he could eat the food, the cake, the candy, ALLLL of it! It really made my day, and really made him feel special.
School on the other hand has never been easy for us. All of the reward parties are ice cream or pizza. I used to be able to get some tofutti ice cream into the teacher freezer  with it’s own scoop and hope for the best. Luckily my son was good enough that he wouldn’t eat anything from parties or school without asking “Did my mom say I could have that?” or telling people “I can’t eat goldfish.” haha. He didn’t eat school lunch until 5th grade, and even then I had to go read all the ingredients from the kitchen and send lunches in on the bad days.
It’s been a long hard road socially. My youngest can’t eat ANYTHING prepared, so it’s definitely going to be more of a challenge when he grows up. I’m tempted to dangle a sign on this one that says “DON’T FEED ME” because people are rude enough to just shove food in your kid’s mouth without even thinking twice.
So leaving home, and counting on having fun at a party just doesn’t happen for allergic kids like it does for non-allergic kids. It’s heart wrenching to say the least. I’d love to hear any ideas that you may have for parties and school situations!!

Eating out, a starting guide

Tips for a safe and fun Halloween

Adventures in breastfeeding an allergic baby