These Vegan Gluten Free Pecan Pie Bars are a delicious alternative to traditional pecan pie. They’re a bit healthier than the traditional version, and contain no eggs, dairy, or gluten products. You only need a few minutes to put them together, and they’re an absolutely decadent addition to your holiday table.

I used Bob’s Red Mill gluten free 1 to 1 baking flour for the the crust in these bars, which contains xanthan gun. Xanthan gum is an ingredient that will help hold the crust together, leaving it a bit crumbly without completely falling apart. If your gluten free flour doesn’t contain the gum, you’ll want to add one teaspoon of xanthan gum to this recipe, or you can substitute with guar gum. Be aware that different gluten free flours produce different results, due to the ingredients varying by brand.

For the topping, you also have the option of using either coconut oil or plant based butter. I’ve tested this with both options, and they both produced delectable caramel-like results. I’m using coconut sugar in my bars because I like its deep, caramel-like flavor that’s close to brown sugar. You can use brown sugar here if you’d prefer, or if that’s what you have on hand.

You’ll want to stir this sauce as little as possible, or it may become grainy on you. I stir mine just until the sugar dissolves, then I avoid touching it again until I stir in the pecans. You’ll also want to avoid chopping your pecans too much, because that can create a crumbly texture in your sauce rather than keeping things smooth. 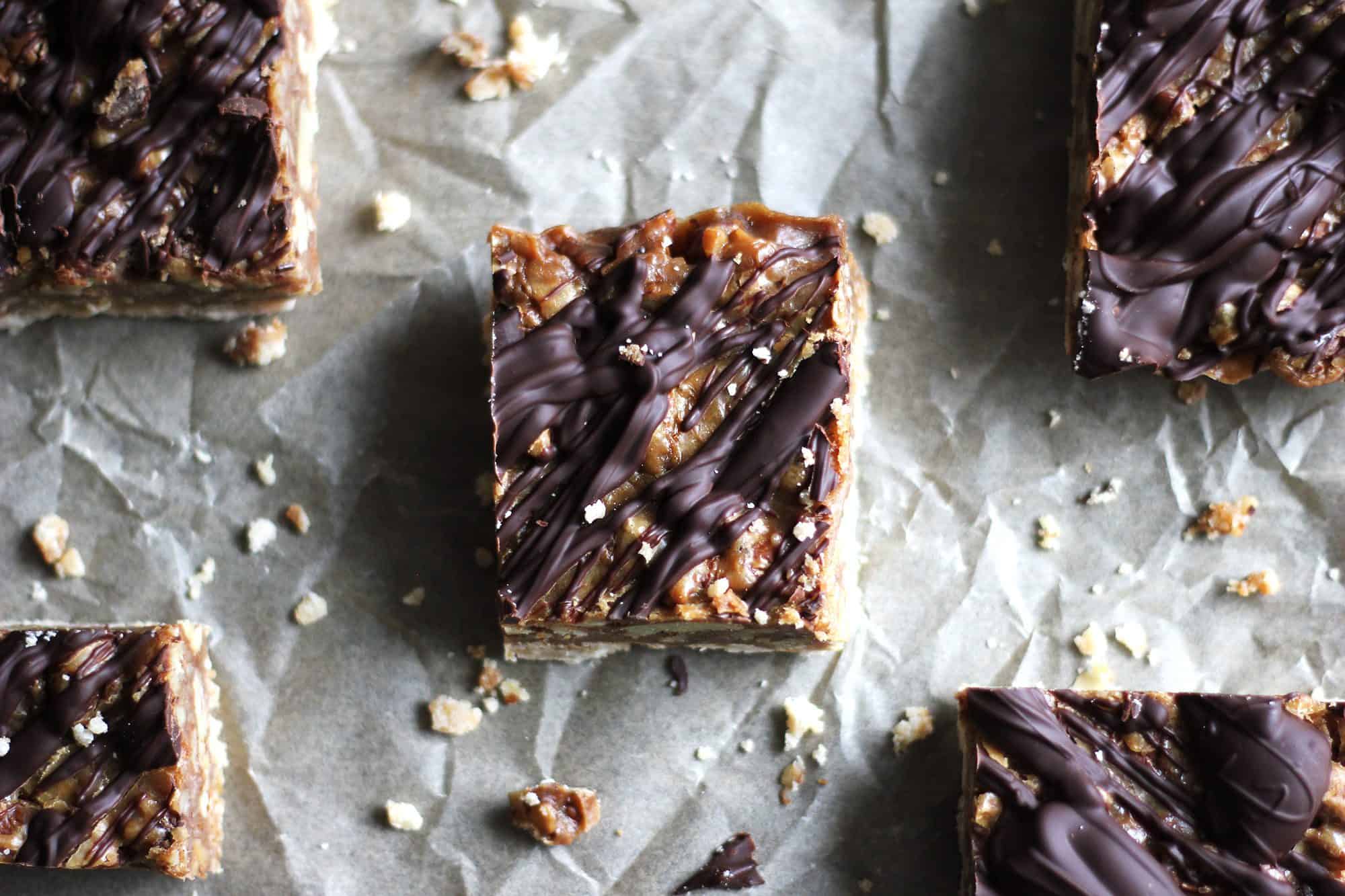 For the crust layer

For the pecan layer

Good food in your inbox

Good Food In Your Inbox

Good food in your inbox